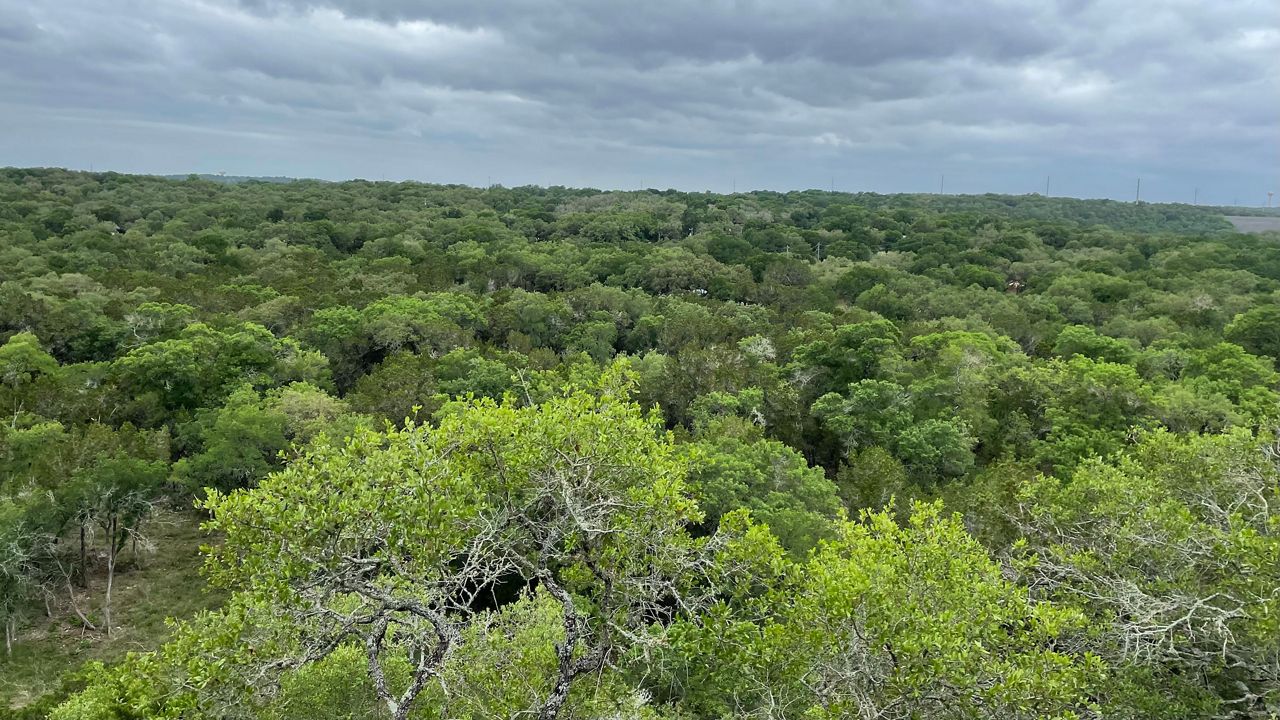 SAN MARCOS, Texas – Texans are building a 100-mile trail between Austin and San Antonio. The so-called Great Springs Project is expected to be complete by 2036.

“Over 80% of the population of Texas will live within a three-hour drive of some portion of this trail,” said Garry Merritt, CEO of the project.

“This personal connection to nature is the most important thing,” he said.

Right now, project leaders are acquiring land. Merritt said they only work with willing landowners, so no Texan will be forced to give up their land if they do not want to.

Some of the trail is already built, like the Violet Crown Trail in Austin, for example. New trails will connect existing ones. Merritt stressed that this will be a network of trails, some in urban areas and others in more natural settings.

In addition to finishing the 100-mile trail, the project also wants to conserve 50,000 acres of land over the Edwards Aquifer recharge zone. The aquifer provides drinking water to Central Texans. But there’s a lot of development in the area that threatens to pollute it.

“Last year we closed on land transactions around 3,000 acres worth,” Merritt said.

That means there’s about 47,000 acres of land to go into the conservation process.

Scott Nester and his business partner own 844 acres of land in Hays County, south of Austin. He donated a trail easement to the Project. Two miles of trail will be built on the edge of his property. Nester also put 385 acres into a conservation easement. He said Hays County paid $ 2 million for that land, and it will never be developed.

“When my grandchildren are my age, it’d be really nice if they still had some of this land,” he said. “And [when] you look on Google or whatever they have then, [it won’t just be] subdivisions. There’s actually some green left. ”

Nester was raised on a ranch and wants his family to have a similar experience. Even though half of the property is now under a conservation easement, he can still hunt, fish and raise cattle there. Nester said he could have made an even more lucrative deal with developers, but he decided against that.

“I think what I leave to my kids and how I spend the rest of my life is more important than making more money,” he said.

“Having property that has a public access component of it, like a trail or a park, actually increases the value of your property [and] increases the utility of your property, ”he said. “And if ultimately you want to develop your property, it increases the ability to do that. So as far as the economic opportunity, people are understanding that and buying into that. Having said that, there are just some landowners that aren’t interested in that, and that’s okay. ”

The trail will be maintained by a coalition similar to The Trail Foundation in Austin.

“There will be public partners, like cities and counties, private partners, nonprofits and then a conservancy,” he said. “So the Great Springs Project – once we have the trail on the ground – will transition to a conservancy, like any of these large regional trails that have a backbone organization that helps maintain the trail, and make sure the signage is kept up, and that there are other trail networks that get connected with it. ”

Merritt is in a unique position to help preserve Texas’ beauty for generations to come. He takes pride in that.

“The essence of what makes this state great is that we have these great natural resources that these communities were built around,” he said. “Each of these cities is built around these springs. People have been traveling these springs for 10,000 years. This is why we’re here… So this work that we do with all of the people we’re working with is about making sure we still have those places that we love, that are the reasons that we love this place to begin with. ”