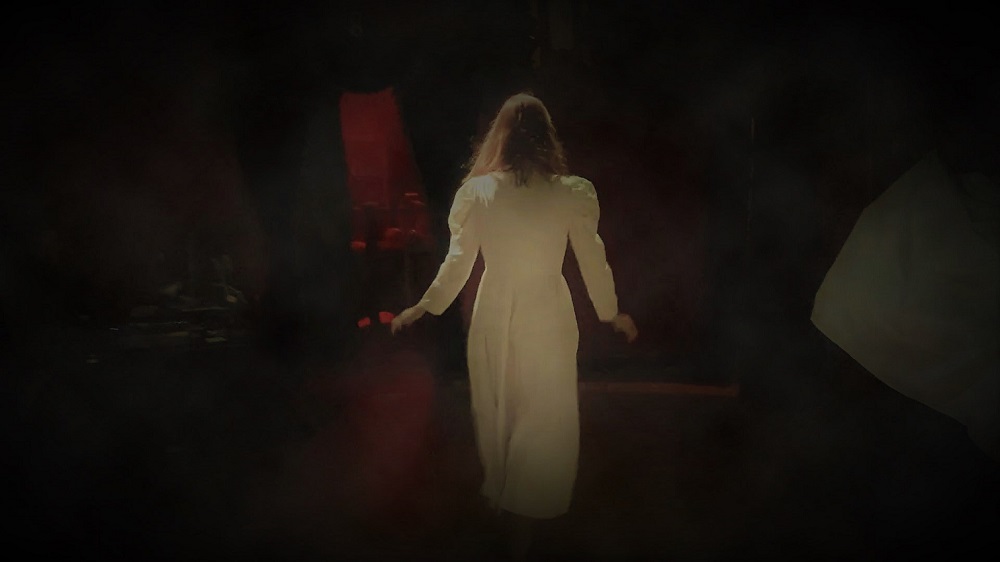 With Transit Room #32, Immersive Arts Collective transforms The Count’s Den into a sort of eternal waiting room, a limbo where souls eagerly anticipate their eventual departure to their final destination – which may never come. The audience takes on the role of live guests, whose sojourn into this ethereal realm consists of poignant encounters with the residents, who recount the grief and guilt that bind them to the location, preventing them from moving on. The immersive theatrical piece is less of an innuendo-laden horror show than the bite series of plays, but it retains their one-on-one interactive nature, creating a sense of intimacy that in his case edges toward tragedy and pathos.

The setup has Charon, the ferryman to the River Styx in Greek mythology, inviting the audience to enter Transit Room #32; Admission is granted with a token, which must be retained in order to return to the land of the living. Inside, guests must create phony accounts of their deaths in order to fool the permanent residents, and woe be unto anyone who reveals their living nature to the dead souls within. (One of the show’s brief flashes of horror revolves around this. There is also a thing lurking in the darkness upstairs).

The residents are a motely assortment of losers and ne’er-do-wells. Although there is supposedly no time Transit Room #32, the modern technology brought by new arrivals reveals to them the changes taking place on Earth, and the infinite nature of eternity spent together weighs down on them – they are clearly tired of each other’s company, for reasons we will soon appreciate.

Each has a story to tell, revealing some regret that tethers them to this limbo-like realm. A good Christian man wants to help souls cross over, but he almost literally has a skeleton in his closet. An obnoxious loud-mouthed stand-up comedian made an ass of himself at his ex-wife’s second marriage. A waif-like Irish girl lost a child on a trans-Atlantic sea voyage. Even Charon has secrets to reveal – he is perhaps not a godlike immortal but rather a human who took on the role at the behest of whoever or whatever oversees the arrivals and departures at Transit Room #32.

What all of this adds up to is rooting interest. In Immersive Arts Collective’s other productions, the only interest is self-interest: the vampires of bite want your blood, and the audience wants to get out with their necks intact. Even when there are victims, they tend to be doofuses who deserve what they get, their demise played for laughs. In Transit Room #32, even the worst of the bunch has some hold on our human empathy; they seemed to have served time for their sins, and we hope at least one will find a way to move on.

Which one makes it is a question worth exploring via taking a trip to Transit Room #32. The variety of characters bitching at each other creates an amusing vibe in the early stages – part soap opera and part reality television (who will make it out of Transit Room #32?). The performers have such a field day with their roles that it is impossible to single anyone out, but we were particularly moved by the one whose character eventually moved on (another sneaks out, having a stole a token).

Transit Room #32 offers more than a round trip to the other side. There are traces of horror and a tingly sense that comes from an encounter with eternity, but more importantly the play offers an emotional journey tied to the fates of the characters. The interactive element brings us closer to them, but rather than a novelty it’s ultimately a way of immersing us in their plight, leading to a resolution that is both cathartic and satisfying.

A trip to Transit Room #32 is highly recommended. Just remember not to let your token fall into the hands of the souls residing there! And watch out for that thing in the dark!

Transit Room #32 continues through May 7 at The Count’s Den, 1039 S Olive Street, Los Angeles, CA 90015. Get more information at thecountsden.com.