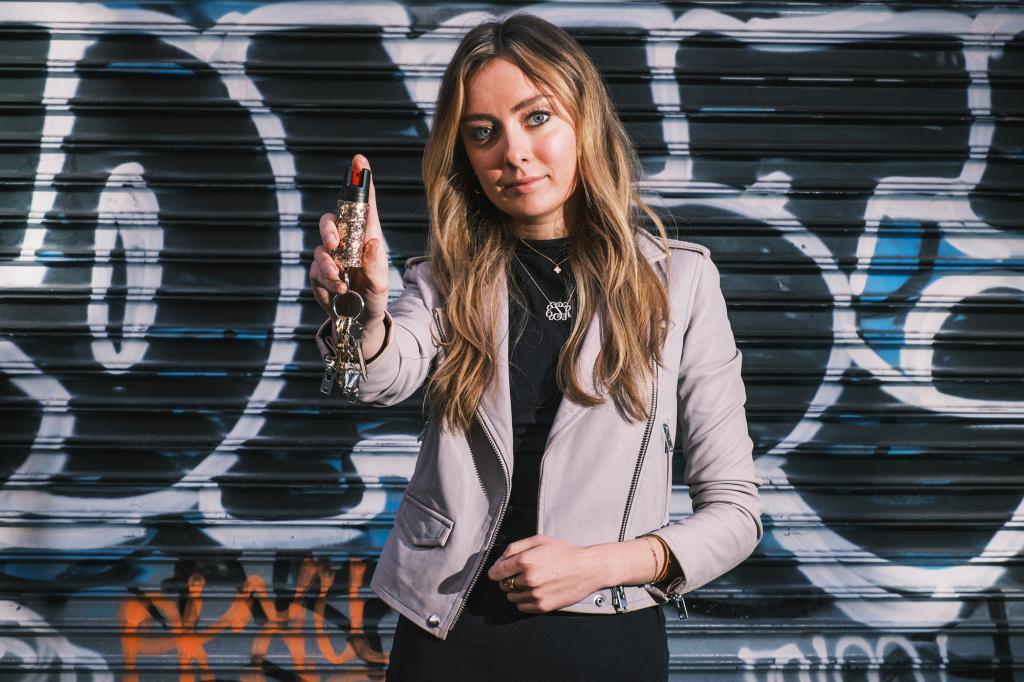 In early December, I came face to face with a predator on the streets of New York. And the pepper spray hanging from my bedazzled pink keychain turned out to be my saving grace.

Around 5 pm on a Wednesday, I was walking home from the gym on a busy street near Union Square when a man lewdly catcalled me. I ignored it, kept my head down, and picked up the pace. But, no matter how fast I booked it, his voice kept getting closer. His sexual comments from him turned violent, as he pursued me for four blocks.

I desperately searched for cops, but I didn’t see a single officer. That’s when I made the decision to run into a crowded pharmacy, hoping to lose him and find safety in numbers. But the man followed me inside.

I have blocked the only exit and spew derogatory names at me while yelling, “You know, I could rape you!” To my shock, the two dozen or so people in the pharmacy — patrons, employees, and even a uniformed security guard — all averted their eyes.

As he began to approach me, I remembered the mace in my pocket. I clicked open the canister, and he hesitated, giving me a split second to dash for the door.

Riding a rush of adrenaline, I ran all the way home, locked my apartment door behind me, and broke down crying.

If I hadn’t had the threat of mace, I have no idea how that encounter would have ended. But I know for sure that my pepper spray got me out of a dangerous situation.

Now, I never leave the house without it. As a young woman facing down a crime wave in New York City, pepper spray is the only method of self-defense at my disposal.

But a ludicrous law stands in the way of New Yorkers getting access to this most basic form of self-defense. While anyone can order mace online via Amazon, a state law prohibits the product from being shipped to New York addresses.

There are only a handful of in-person locations that sell pepper spray in the city, many of which have been shuttered since the pandemic. Online message boards are flooded with desperate New Yorkers trading notes on where to find it (like this Reddit thread, which points out you can buy an ax at Target but not pepper spray).

And yet, despite a mounting need for self-defense, the law stands. Overall crime is up 60 percent since last year, and the city has been rocked by a slew of hate crimes, subway shovings, and heinous murders in recent months.

Meanwhile, New Yorkers desperate to defend themselves are being forced to jump through hoops to buy mace. In April, a group handing out pepper spray to women and the elderly in Chinatown attracted a line spanning blocks along Mulberry Street. A total of 550 canisters were snapped up in just 30 minutes. When the barista at my local coffee shop asked me where I got my mace keychain, she was disappointed to hear it required a Jersey ZIP code.

I’ve even become a de facto distributor myself. Multiple NYC friends concerned for their safety have asked if they can ship their pepper spray to my family’s address in New Jersey so I can direct deliver it to them.

The bottom line: The ban on shipping pepper spray is ludicrous. Vulnerable New Yorkers shouldn’t be waiting on lines, contacting out-of-state friends, or scouring Reddit threads to find it. And, with more than 1.5 million single women and 1 million elderly residents in the city, there’s no place where easy access to basic, non-lethal self-defense is more necessary.

Now that we finally have a pragmatic, tough-on-crime major in office, it’s time this law changes. I call on Gov. Kathy Hochul and Mayor Eric Adams to help overturn this prohibition, to stop penalizing vulnerable New Yorkers, and to return our fundamental freedom to protect ourselves.

On behalf of yourself or a vulnerable person you know, contact the governor’s office, the mayor’s office, or your local representative to change this law and ensure more New Yorkers like me get home safe.

Rikki Schlott is a 21-year-old student, journalist and activist.