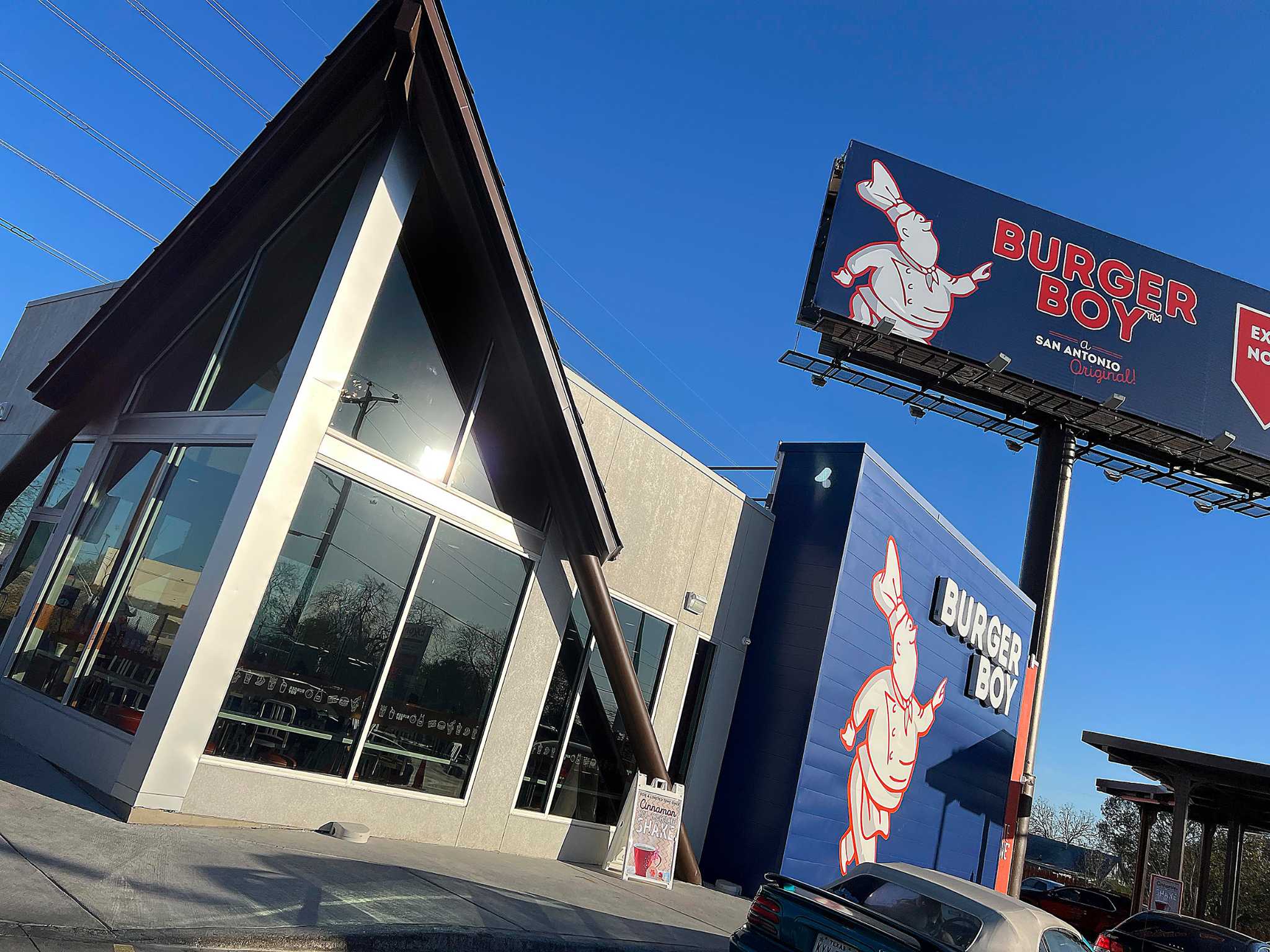 From Bill Miller and the Spurs to Burger Boy and SAWS, the brands that make San Antonio bear colorful and creative logos as iconic as the Alamo’s bell-shaped facade or the Tower of America’s rotating top house.

Of course, there’s a face and a story behind every work of art, even the kind that gets slapped on T-shirts, letterheads and drive-thru bags. Here are some of the most iconic brand logos in San Antonio and how they came to life.

The idea for beefing up the Bill Miller Bar-BQ logo with a cartoon cow, chicken and pig came from former Bill Miller CEO Balous Miller, who grew up spending most summers and weekends helping his dad Bill run the namesake business he started in 1953. Balous’s colleague David Engel also lent a hand with the lively livestock characters.

The flamenco dancer that graces Bolner’s Fiesta spices actually got younger as the brand got older. Shortly after Clifton Bolton founded Bolner’s Fiesta Products in 1955, a Spanish flamenco dancer was added to the logo, according to Bolner’s daughter, Deb Bolner Prost. The original dancer was depicted as an older “signora,” Prost said. Then in the mid-70s, the dancer was updated to reflect a younger “senorita,” and she has spiced up the spice containers ever since.

Burger Boy’s chubby chef icon is a lot older than he looks. In fact, he’s even older than the brand he represents.

The Burger Boy chef actually dates back to the 1950s when he first topped the old Whopper Burger restaurants in and around San Antonio. Whopper Burger faded in the 1980s, but one old location on North St. Mary’s Street got a second life in 1985 when Carl Bates turned it into the first Burger Boy.

Since 2008, the city has rolled with the dark red logo, whose color was dubbed “corazón.” Bromley Communications in San Antonio, once the nation’s largest Hispanic ad agency, helped create the logo before it closed its doors in 2015.

San Antonio graphic designer Jamie Stolarski said he always wanted to change the utility’s logo back when it featured the San Antonio skyline. After 18 months of focus-group testing what he called “clunkier logo options,” Stolarski forced a think tank drawing session with his boss at the time and the CPS CEO and marketing director. The meeting sparked the energetic CPS Energy logo we see today.

“Immediately after, they signed off the logo,” Stolarski said via email. “It radiates outward, and folds back into itself, aspiring to visually represent strength and dynamism.”

Fred’s Fish Fry really has not changed since it first opened in 1963. The rectangular fish fillets still look like something out of a school cafeteria. The boxy brick locations still look like greasy-spoon time capsules from the 1970s. And the Fred’s logo – a simple trout-like fish out of water – has been the same since the ’70s, too.

Frost Bank has been around for more than 150 years, but its familiar “sunburst” logo has only shone in San Antonio since the late ’70s.

“The symbol has a central core, but its shape is determined by its perimeter units,” the report read. “All units, regardless of size or location, are presented with equality, and the core and the units collectively create a ‘glow.'”

A happy drop of nacho cheese has represented Ricos since at least 1977, after Frank Liberto introduced concession nachos in 1976 and needed a new nacho brand to go with the new nacho demand. San Antonio marketing guru Lionel Sosa whipped up the cheerful cheese droplet, while Liberto went by the name Ricos after his father Enrico, who took over the company that his father, Rosario Liberto, started in 1909.

A SAWS spokeswoman said the logo’s retro look has served the utility well for the past 30 years and that when the time is right for a refresh SAWS will still stay true to the design.

The truly iconic silver spur for a “U” in the Spurs logo has been around since the team made its San Antonio debut in 1973. The United States Patent and Trademark Office lists its first use as a trademark as June 1973. Who came up with the team’s clever embedded word-art design, however, may be lost to time. When contacted, the Spurs were unable to provide the designer’s name.

At least we know one of the names behind the Spurs name. Mike Vavala was one of about 25 entrants who submitted the winning name “Spurs” when the owners held a naming contest. Bonus name tidbit: Spur is the name of the West Texas town where original Spurs owner BJ “Red” McCombs was born.

The financial services juggernaut whose initials stand for United Services Automobile Association stuck to just text and letters for a logo since for years after its founding in 1922. That changed in 1969 when USAA debuted its signature eagle logo on the cover of its annual report.

A design team from Baxter and Korge, a now defunct commercial art agency in Houston, drew up several hundred rough sketches for logo consideration. Three final choices went to a group of USAA members from a previous logo survey. True to USAA’s military roots, a college of ROTC cadets and groups of students from the Air Force Academy, the Naval Academy and West Point also surveyed the three options.

“It was ultimately decided that the eagle symbolized individuality, pride, security and strength, which were some of the same traits embodied by USAA,” spokesman Christian Bove said via email.