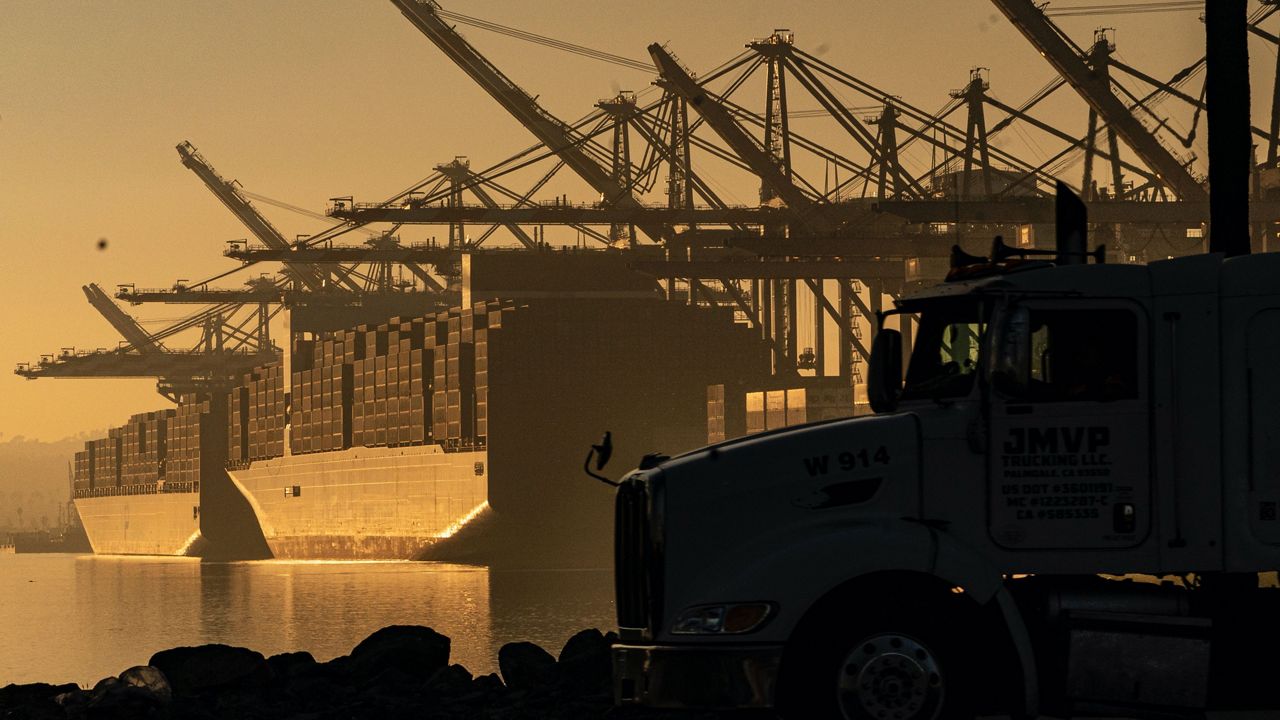 Contract negotiations between 22,000 workers at 29 West Coast ports and representatives of shipping companies will begin next week with automation and its impact on jobs emerging as a major point of contention amid supply chain issues.

Talks between the International Longshore and Warehouse Union and the Pacific Maritime Association will take place against the backdrop of pandemic safety issues, surging imports that left backlogs of ships anchored offshore, and declining exports.

What You Need To Know

“I think everybody is optimistic going into this one that we’re gonna get where we need,” McKenna said. “Whether we go past July 1 or not is not the issue. It’s just we need to stay at the table and get an agreement without causing any further disruptions.”

But with contract talks looming, the ILWU has reacted strongly to the release early this month of a report commissioned by the Pacific Maritime Association that strongly supported automated cargo handling and found that it did not hurt jobs.

“It’s obvious that the PMA is issuing its report as posturing as we go into negotiations,” union official Frank Ponce De Leon said in a statement Friday.

“However, much of what their report claims is counter to numerous previous reports on automated terminals that cite job loss and weakened efficiencies. The bottom line is that automation has killed jobs at the ports,” he wrote.

ILWU International President Willie Adams asserted in a separate letter that automation also poses a national security risk by placing ports at risk of being hacked.

Asked if he was concerned that the automation report would cause talks to begin with animosity, McKenna said there was nothing significant in the timing.

“We’ve had these discussions on an ongoing basis with the ILWU and they’re always difficult conversations,” he said. “I would say the very simple (reason) why the report was released when it was it’s because it was finished. It wasn’t any special timing.”

The Port of Los Angeles and the neighboring Port of Long Beach, known as the San Pedro Bay port complex, collectively handle more than 30% of waterborne containerized imports and exports in the US

The surge of imports during the pandemic has led to log jams of ships anchored off Southern California waiting to be unloaded and difficulties in moving cargo off the docks fast enough.

Seroka said those problems persist, especially for cargo destined to move out by rail, but the backlog of waiting ships has improved.

“We’ve worked those down from a peak of 109 ships waiting back in January to today’s number of 35,” Seroka said. “There’s still much more work to do, but very encouraging.”

Forty-six ships were en route from Asia as of Friday.

McKenna said contract negotiations will cover hours, wages, working conditions and other topics, but he would not comment specifically on those issues or discuss the Pacific Maritime Association’s key goals in the contract.

“Hopefully everybody is focused to the point that there will be no further disruption to a fragile supply chain,” he said.